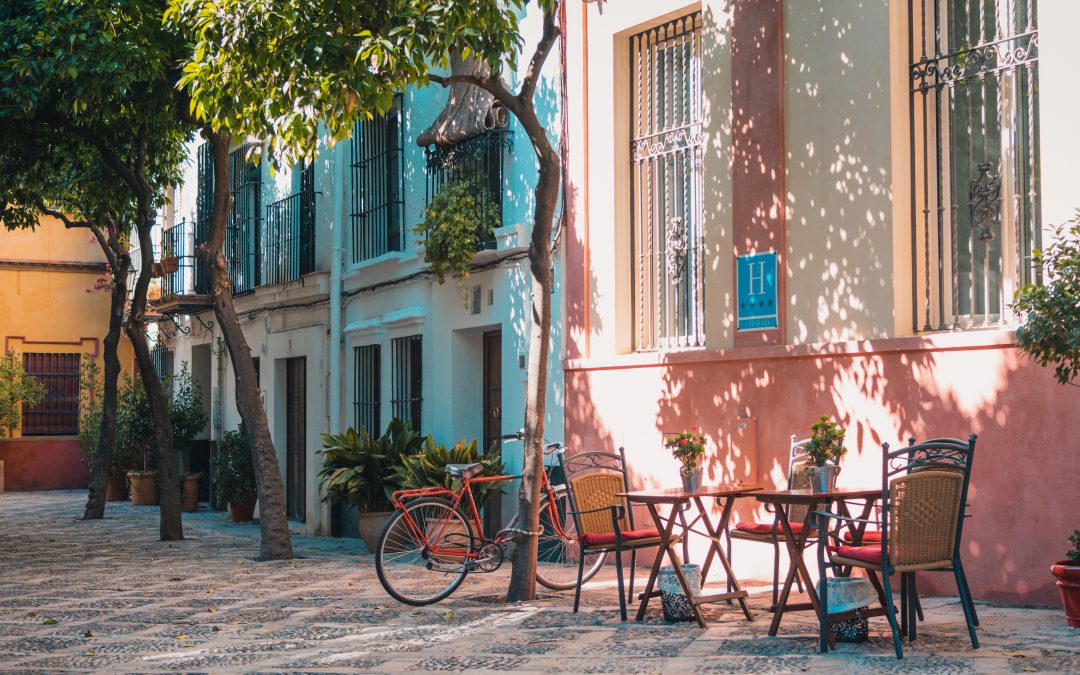 Top 10 Funniest Cities in Spain: because we all want to go to the beach, dance caliente in a club and talk while singing and kissing, we give you the 10 funniest cities in Spain for your internship abroad 😉

GO for your internship in Spain

Art lovers will be delighted! To get there, you have to go to the Prado Museum to see its many paintings… It’s certainly the most important museum in Spain. You will be able to see the works of Francisco Goya, Jerome Bosch, Peter Paul Rubens, etc…

Your internship in Spain should include a visit to Barcelona, the sweet Catalan capital. Dolce lazing on the white sandy beaches, wild evenings in the best clubs in Europe or the fascinating cultural visits to see the most beautiful works of Antoni Gaudí, you will fall in love with this city!

With its palm trees, orange trees, river and exquisite squares, Seville is for sure one of the most beautiful cities in Spain. The architecture of this Andalusian city is magnificent, a mixture of Christian and Muslim cultures.

Modern, attractive, full of museums and terraces with spectacular views. Plan your stay in Málaga and discover the rich historical heritage, including the Cathedral, the Alcazaba, the Roman Theatre, Gibralfaro Castle and recent works such as the new marina Muelle Uno.

Capital of the last Muslim kingdom on Spanish soil. Composed of three hills, it proudly displays the haunting red silhouette of the Alhambra, an architectural marvel that stands out against the mountains of the Sierra Nevada.

Sure and certain that Setenil is the most unusual city in Spain! The city is built under a rock, sheltering 3000 souls. The city was built under the rock to keep the warmth during the cold winter nights, and protect from the sun during the hot summer days.

Valencia is much smaller than you imagine. It is the 3rd most populated city in Spain but its charm will make you spend a great weekend. Don’t forget to try the paella, the original Valencian paella.

It is said that Ronda was divided between the Gods, who fought over the city. Fortunately, the inhabitants do not quarrel and are very hospitable. One thinks of the falling bridge that was built to link the two extremities of the city, making Ronda one of the most beautiful cities in Spain.

The town of Benidorm is made for fun at any time of the day and evening. Especially in summer, there is no shortage of entertainment in the streets and bars. With almost 150 pubs and discos, you will be able to spend only good evenings during your course in Spain.

Well known to party lovers, Ibiza is a destination par excellence for fun. Make the most of your stay with friends and rent a villa. Discover clubs like the Pasha or the Privilege. The greatest DJs such as David Guetta, Martin Garrix, DJ Snake, pass through its clubs there.

And so many other cities, and it will be up to you to discover them! Contact us if you need advice for your internship in Spain!

GO for your internship abroad