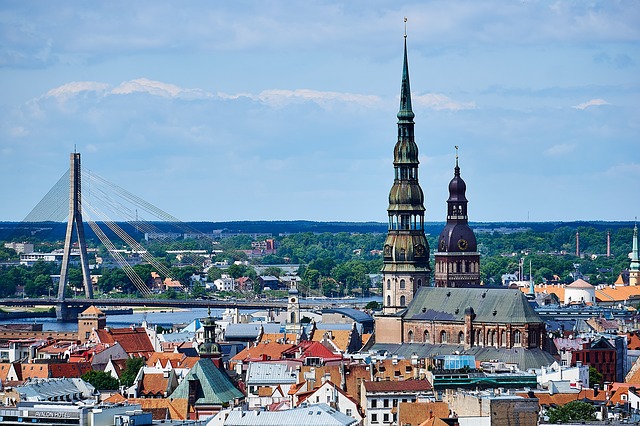 Hi friends ! Good for those who know us you know we have an attraction for the Baltic countries. And if we were interested in the smallest of the three?

1) Latvia has a high concentration of its population living in its capital. 1 out of 3 people lives in Riga to be precise.

2) Latvians and Dutch women are the largest women in the world with an average height of around 1m70!

3) Riga: world capital of Art Nouveau: Indeed, there are many buildings in the magnificent style of Art Nouveau (about 800!). So beautiful that the Historic Center of Riga has been listed as a UNESCO World Heritage Site

4) Latvia has one of the best wi-fi connections in the world! With an average of 13.5mbps. In addition to that, the majority of Riga is covered by the free wi-fi, if it’s not nice that.

5) Jacob Davis, whose real name is Jakobs Jufess, is a Latvian who emigrated to the US. He is the creator of the timeless trousers Jeans.

6) In Latvia, the national sport is ice hockey. In addition to having very enthusiastic supporters, they produce very good players, including a dozen who play in NHL.

7) In the city of Liepaja, it is possible to visit the old prison of Karosta, but in an unconventional way … To experience the life of a prisoner with real physical and moral treatments! Personally it will be without me but it may interest some.

8) Latvia has the highest percentage of deaths during the Second World War, which represents 12.5% ​​of its population. There followed 190,000 Latvians imprisoned in Soviet gulags after 1945.

9) In Latvia, 15% of the population is stateless. These people in the Russian-speaking community are not granted citizenship.

10) The Ventas Rumba, located in Kuldiga, is the widest waterfall in Europe (249 m).

You can also see fish jumping out of the water.

Do not hesitate to let us know in comment if you liked these anecdotes, you can also contact us for your internship in Europe ..