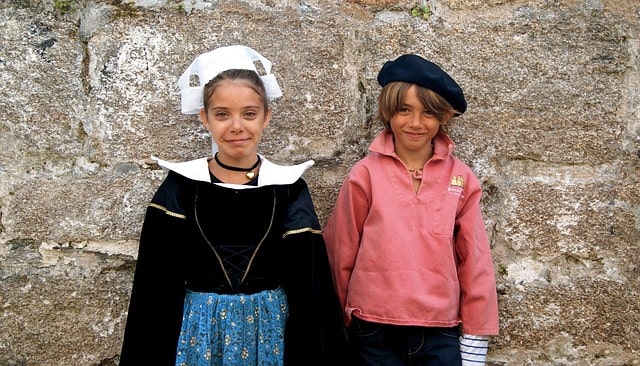 10 fun facts about Brittany !  Let’s learn more about France today, and espacially Brittany. Before having an european mobility, you should read our blog to help you to choose the perfect destination to your students. So, let’s go for 10 fun facts abour Brittany !

1/ All road sign you could see in Brittany are, sure in French, but also translated in Breton their local language. This region is known in France to be really proud of its culture.

2/ French law are decided and voted through the French parliament, normal. But, Brittany get his own parliament. Even if anybody know his role. But, still, they have it.

3/ France is one, and only one country. You can read the French constitution : territory is indivisible. Ok, except for Brittany, they get their own countries : 21 to be right.

4/ Breton consider that Nantes is not taking part of Pays de la Loire, but of Brittany. And, since already more than 20 years, they reclaim a referendum.

5/ They also consider that Mont-Saint-Michel is out of Normandie. And guess what ? They say it’s from Brittany.

6/ Brittany is the French part which produce more pork.

7/ ” A sword in the stone ” (Merlin l’enchanteur in French) is directly inspired from legend of Brittany !

8/ Brittany is Celtic ! As Ireland, Australia, Spain, England, South Wales and so on. By the way, Lorient (South Brittany) organize every year one of the biggest festival in the whole world : Le Festival Interceltique. 800000 people every year.

9/ And, this is the part of France which organize the biggest festival of music in France : festival interceltique, astropolis, vieilles charrues etc.

10/ Brittany is the only part of France where road are all free !

10 fun facts about Brittany : done ! Hope you enjoy it’