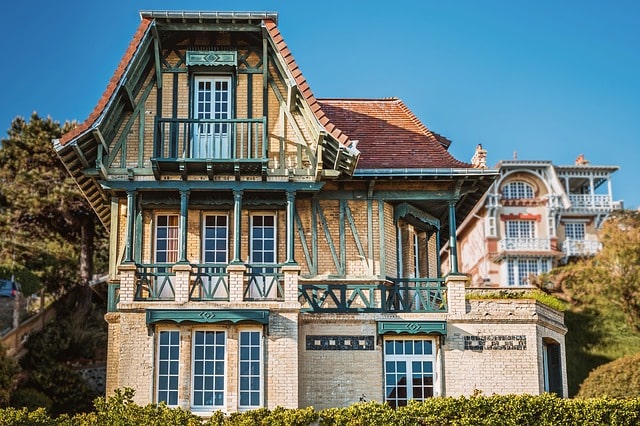 You can’t think about Normandy without thinking about these two cities. Caen vs Le Havre : the Norman match has begun !

Le Havre is located in the Seine-Maritime department. The city is famous for its harbour, which is the second biggest harbour in France after Marseille. Its urban area counts a little less than 300,000 inhabitants. From the 70s to the 00s, Le Havre struggled economically with the end of the golden age of the liners. This lead to a decreasing population and an increasing unemployment rate. Today, the city’s economy is better thanks to the containers and the return of the liners, even though the unemployment rate is still pretty high.

As for Caen, the city is the capital of the Calvados department. Caen has an urban area that counts more than 400,000 inhabitants. The city is famous for its history with William the Conqueror and also its cultural and intellectual heritage. Indeed, Caen has a big cultural wealth because it is the European city that is the most provided in independent bookshops. It is also the French urban area that is the most endowed in cultural facilities per inhabitant.

What to do in Le Havre ?

In Le Havre, you can go to a few book or music festivals all throughout the year. You can also go to a bunch of museums or to some theatrical or artistic performances in the street. Moreover, in september of each year, there is a maritime race from Le Havre to the state of Bahia in Brazil.

What to do in Caen ?

Caen is a young city with around 30% of its population that is between 15 and 29 years old (in 2012). The city is also well known for it festive character. Moreover, as said before, Caen has a huge cultural heritage. This means that you can do pretty much everything you want in terms of culture. Theatres, art house cinemas, concert halls, a conservatory, museums, libraries… The university of Caen is also one of the oldest universities in France.

Choose Caen, Nantes or Lorient for your european mobility in France !

Caen and Le Havre are both very nice cities for lots of reasons. However, Caen distinguishes itself with its young, festive, and cultural atmosphere. You will never get bored in Caen. Therefore, in Caen vs Le Havre : the Norman match, choose Caen !