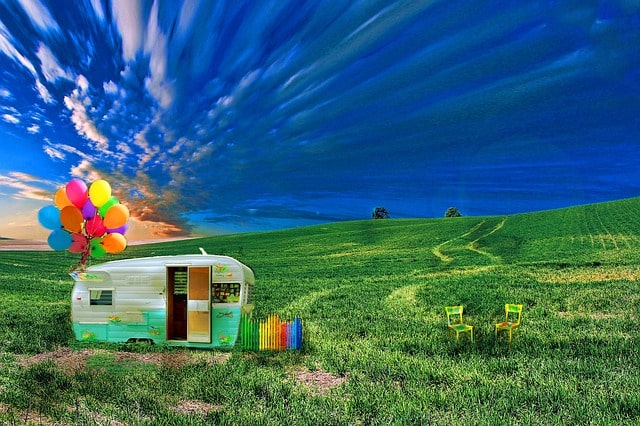 A good Caravane’Tour, to promote our services: the right idea! So it’s a Caravane’Tour that we made. And the team guy went to the South-West with a great team: Theo the organizer, Kiki the dictator, Leo the cartographer and Seb the nicest guy in the world, who of course is absolutely not writing this blog!

Back from Macedonia
Because yes my friend.e everything starts here: return from Macedonia, sleep at the hotel on Paname, OuiGo arrived at 3 pm, and 4:30 pm, we already left Nantes, direction Biarritz! Everything went very well. Unless you count that the caravan got stuck on a country road at one o’clock in the morning, that we slept on a parking lot on the beach after having missed to scratch two huge camper vans straight inspired by Star Wars or that a Shell employee showed us how much he didn’t care if we wanted a coffee: the service only starts in 10 minutes! But if not, “Zen is perf Seb” #Citation #TheoOrganizer

1st Day : I took a pill in Ibiza
The title is irrelevant, but I like it. Waking up next to Kiki the dictator on the splendid car park of a sports club in Biarritz. In front of a bar, it’s bad enough to win to have breakfast. And there again, everything was perfect. If you don’t count that Theo lost his wallet of course! But a very nice day with lazing around on the waves, and a little walk in Biarritz with fried mussels: the best, we love it!

2nd Day : the day after
Biarritz, Bayonne, Orthez … direction Pau ! Azy that we scour the mailboxes of the high schools to say hello, we take a break, including a very typical restaurant, the famous McDonald’s! Nice day where we end up, this time in a typical restaurant in Pau. Very nice city by the way 🙂

3rd day : back to the future
After a break in Pau near the IAE – not without problems – we decide to go back to the beautiful city of Nantes. On the way back: no caravan worries, as this time it was obviously decided to follow us!

In short a great adventure! A good way of promotion, it remains to be seen: result by October! But without regrets, we had a lot of fun 🙂

The 9.08.2019: one year later, what’s back?
The bad tongues will say 0€. Certainly, in terms of financial gain, it was the most pathetic communication action we could have done. But, to do it again? Twice. Why would we do it twice? Theo finished his work-study, and the other two finished their internships. Theo was in Africa for several months, Leo in Peru for a few months and then also in Panama, Ecuador, Mexico, and Costa Rica. Kylian spent an entire year in Spain. What’s that got to do with it? Two days ago, we all had a beer together. And there hasn’t been a week since this adventure that I haven’t heard from him: International Horizons, best family ever.

If you’re interested in an internship abroad, feel free to reach us.