Internship in Croatia, a trendy destination in 2018 for his internship abroad 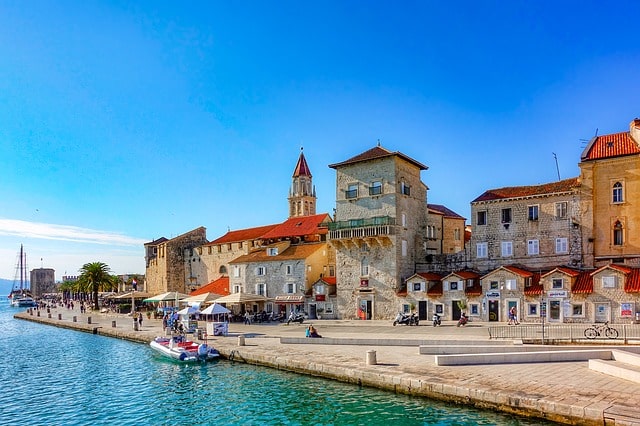 An internship in Croatia: a trendy destination
Between sun and sea, magnificent coastline and ever more imposing mountains, natural parks (there are 8): there is something for everyone. Why a trendy destination? Well, partly because one of the magnificent locations for Game of Thrones is located in Croatia, in Dubrovnik. Quiet city of 40,000 inhabitants before, tourism has increased, but kind of increased a bit too much. 60,000 more tourists a year! (and this is valid for all the locations where the series is filmed : Iceland, Ireland, Spain, …).

The inhabitants are a little surprised but there is the monnayyy which arrives in the pockets: 126 million euros of income in more. But it’s not all happy people ! The mayor of the city intends to drastically reduce the number of tourists in its city centre by dividing it by 2. The city centre of Dubrovnik is a UNESCO World Heritage Site! And this mass tourism is endangering the city…

The eternal softness of the landscape
The last lines you read fortunately don’t take anything away from the specificity of his landscapes. Above all, don’t miss: the Plitvice Lakes National Park – not to be missed. And of course the ramparts of Dubrovnik, which are a little jewel of Croatian culture. Also the Lake of Mir, the coastline with the beach of Hver, the island of Dugi Otok (beautiful cliffs await you). It is not only the landscapes that are mild: the climate too. In any case on the coast you will have the right to a dry and wet summer, but in winter, if you go inland, it will be worse than in the depths of Alsace. (and that’s true) But I know that’s not going to prevent you from doing your internship in Croatia 🙂

People are so cool !
The kindness of people from the South is not a legend and the same goes for Croatia: welcoming, festive, joyful and any other non pejorative adjective of more than 2 letters can be attributed to them! And above all, go to Zagreb, the capital: a very cultural city, many shows and activities to do. A recognized Jazz scene, and a lively nightlife, and -special mention- the beer is cheap and very good (I enjoyed it 🙂 ).

Well, a trendy destination yes, but which is starting to be more and more trendy in the bad sense of the word, unfortunately! However, the landscapes and the people are still very cool, and the internship opportunities in Croatia are therefore multiple: DMC Tourism, Catering, Marketing, Communication, … and the list is still long!

The weather will surely be better than if you did your internship in England in London or Bristol. As usual, if you have any question, want to discuss, call us or write us a mail !