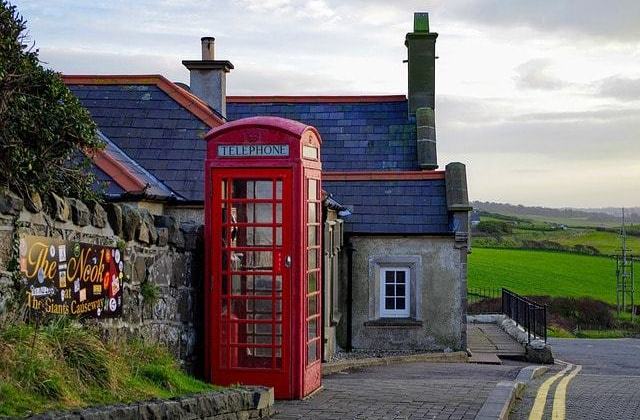 Saint Patrick’s Day
We’ll start at the base: every March 17th, everyone dresses in green and feasts in the streets with their 4-leaf clover. The day is a holiday only in Ireland, and the feast lasts 5 days in Dublin! What’s cool is that it’s celebrated all over the world, because the Irish are everywhere! Many in the USA, New Zealand, Australia but also in France, because of the migratory waves due to diseases and famines.

The ‘little greyhound races
Also known as “Greyhound”. Basically, six greyhounds do laps following a fake rabbit on a rail. The rules are more or less the same as in horse racing. Greyhound racing was not allowed until 1927, when it was considered “poor man’s horse racing” for the working class. They have since become very well known in Ireland and a greyhound can cost up to 35,000 euros!

The Leprechaun
We often see him in disguise at Irish parties! He is a small being of 90cm at the most, dressed in a green hat, an apron, a long red beard and his pipe clenched between his teeth. It is one of the most famous Irish legends and is part of Irish folklore. Many legends are told about him and apparently he was born from the union of a spirit and a human being!

Hurling, a typical Irish sport
It’s 15-on-15 on a football field, but with a lacrosse stick like in hockey. Each university has its own team and games are organized across the country.

Guinness and Irish pubs
If you’re going to do your internship in Ireland, at least take a trip to the pubs (or much more). The atmosphere is so magical! Everybody dances, it’s friendly, impossible to stay alone in this atmosphere. If an Irish guy invites you to his table, don’t pay for the first round! You can have a half pint or a pint. Guinness, THE beer from there, is an Irish symbol. 912 million litres/year are produced, and 1 million pints are drunk per day in Ireland!

So, what do you think about the local customs in Ireland? A sudden urge to go and do your internship in Ireland? Please contact us for your English speaking internship!