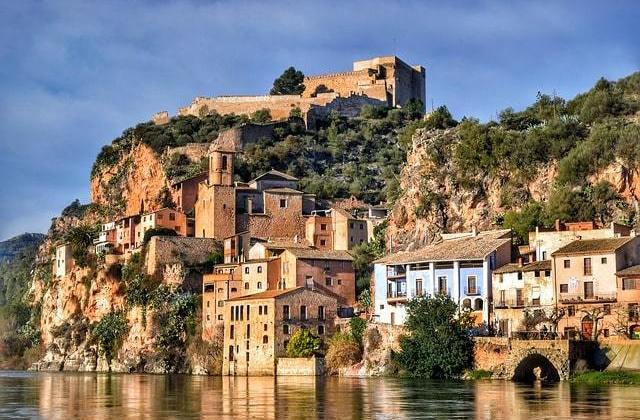 As the summer is coming to an end and soon, in France, it will be raining cow pissing … Well in Spain, they have 20 degrees until mid-November ! Finally, especially for the cities in the south of Spain, like Malaga, Sevilla, … So, if you’re about to go to a training course in Spain, here are some local customs for you ! Because like all good Southern European countries, Spain is full of traditions and customs! GO for your internship in Europe.

Take a tour of the Tapas bars
It’s downright customary to go around tapas bars. And it can be done between breakfast and lunch, with a beer in one hand and a glass of red in the other! Of course, you can also enjoy the specialities of each bar: bread with cheese and cod, omelettes, typical hams …

Pee at home!
You are walking on the embankment on a beautiful summer evening, the crash of the waves on the fine sand reaches your ears, the smell of grilled meat tickles your nostrils … but you have to pee. And then, misery, you have to find a toilet and very quickly! You run, you run to unhook your legs, the liquid in your bladder is shaking all over and you’re not far from the PLS. Unfortunately, there is no cure for you: there are very few public toilets in Spain!

Human Castle Competition in Tarragona
Every year, large team competitions are held in Tarragona and the surrounding cities at the beginning of October. The aim? To make the largest human tower, which can reach more than 10 metres. This competition is called the Castells competition, which is part of the Intangible Cultural Heritage of Humanity by UNESCO.

The Battle of the Wine in Haro
A great wine producer, Spain is also a wine festival enthusiast! In the region of La Rioja, where one of Spain’s most famous wines is fermented, the battle of the wine is also taking place! Every year, more than 130,000 litres of wine are used to water the copés next door.

Religion
According to one study, 73% of Spaniards are Catholics. However, a large part of them say they are Catholic because of their parents and their culture, but not because of their faith. Church attendance is starting to decline! Marriage, communion, baptism … remain festive and very important events for them!

La Corrida
Spaniards love to party, and the Corrida is one of the most festive events in Spain. Toros’ bullfights take place on feria days and other Spanish holidays.

Do not sing the national anthem.
You must have noticed that in big competitions, the Spanish don’t sing their national anthem, they only sing the melody. It was written under General Franco’s dictatorship during the dictatorship, and the lyrics were removed when democracy returned in 1978. Since then, only the music, not the songs!

There are still plenty of other local Spanish customs, but that’s something we leave you to discover for yourself during your internship in Spain! And if you know others, just put them underneath as a comment. GO for your internship in Europe!