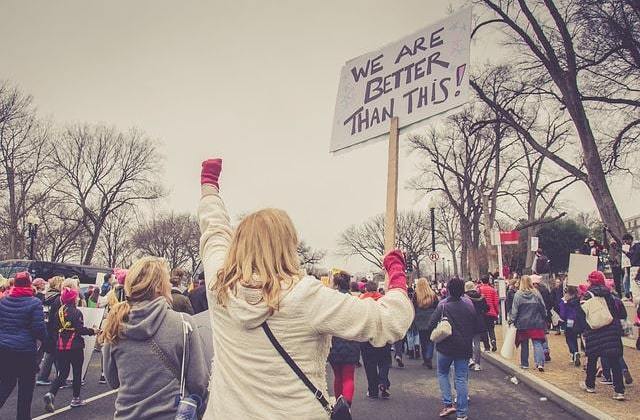 Make France Great Again
Trump split an assassin’s tweet that he has a secret – by the way, if you could give your secret to Marine, just so we can have a laugh too, thank you bae – and, at International Horizons, since we don’t do politics, we’re not going to answer him. Well, almost: we don’t do politics, but we still have a little common sense in the face of the American President’s vomitous indecency. Trump was even kind enough to shine with his joke about Nazism, and the fact that the Americans delivered the French. Already Trumpy, forgot that Canadians, Australians, Moroccans, Tunisians, Russians and many others were there for the party.

In short, let’s skip the history lesson baby, we’re not going to make a big deal out of it by saying that the Americans are European expatriates after the massacre of the Indians, and who today are massacring each other. That’s not our style. We’re not here for poukave.

Make France Great Again: it’s free
Who doesn’t dream of going to the USA instead of France? Who doesn’t dream of taking out a student loan and having to go into debt for 100,000€? Who doesn’t dream of going to the hospital and not being protected, and having to go into debt to pay for treatment? Hey, Trumpy, in France we may not be the top of the pop, but students here at least have the choice to benefit from free studies, and everyone can have access to the best practitioners for free. That’s what France is all about, we give people things, at least the basics so that everyone can evolve.

Make France Great Again: it’s peace
So, yes, in Europe it is peace. In spite of the series of attacks that have hit Europe, the European Union is still a symbol of peace throughout the world. Then we even got a Nobel Peace Prize in 2012. So, yes, it is true that in Europe the states are losing competences to the EU, and it is true that the EU sometimes makes some mistakes. But hey, we have peace. We have ERASMUS +. We have a union that protects us from the internet, and that protects the neutrality of the internet (cuckoo Trumpy). I’m not saying it’s perfect: but us, when we go to high school, or college, or university, we’re not afraid of potential shootings and doing the news the next morning. We don’t count more gun deaths on European territories than in external wars. Maybe we’re a little soft on Trump’s taste.

So yes, our unemployment rate doesn’t smell very good in France, let’s just say it even smells a bit like an evening after the alcoholic blends. Yes there’s quite a bit of disagreement (Ps: if you could clear the expressway in Toulouse on the 17th so Pio can get in #Cimer). Yes, we’re a bit behind schedule. But, we have Peace, we have the right to beat the pavement when we’re not happy, journalists don’t get villiped in public, kids are alive after school, political opponents don’t destroy themselves with racist arguments, we don’t take women like packs of beer, We do not allow the Ku Klux Klan to parade through our streets, we do not massacre protected species for the pleasure of voters, we do not build walls to let people die, we do not destroy trade agreements overnight at the risk of provoking wars, we do not question the origins of political opponents: we even let them change when they want to. (Cuckoo Valls:D). ……….

Me, I feel rather well in France, and in Europe. 🙂