Thessaloniki, for your internship abroad 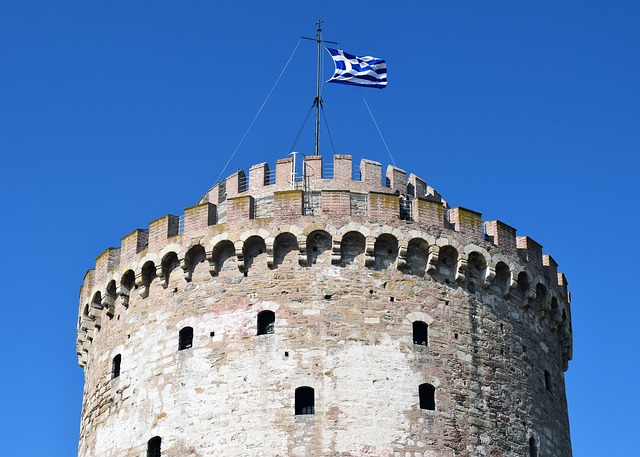 Do you like the sun, the tzatziki and the blue and white houses ?? Then go to Thessaloniki for your internship abroad!

Thessaloniki, a city more than pleasant to live

Thessaloniki is a coastal town in Northern Greece, bordered by the Aegean Sea. Just the name is already wow. It has approximatly 300,000 lucky people living there throughout the year, making it the second largest city in the country, just after Athens. With an average temperature of 16 ° and close to 300 days of sunshine a year, you will have more than one opportunity to enjoy the many paradisiacal beaches of the region, to have a drink on the terrace with your new colleagues at the end of your day, or just perfect your tan before you return to the French greyness.

A living city that has lived

Thessaloniki is the youngest city in Greece, with more than 10% of students in the population. Its nightlife is rather lively, and the atmosphere is cool and relaxed. But it is also a very active city during the day: the Thessalonians spend their life outside, the street is a place for exchanges and meetings. Despite the modernity of some neighborhoods,

Thessaloniki is a city full of history

Its first stones were laid in 315 B-C, and knew ancient Rome, the Byzantine Empire and the Ottoman Empire. Since then, it has become a cosmopolitan city, dynamic and attracts more and more people, mainly tourists. Everything is there to spend a great internship in Greece!Thessaloniki offers many professional opportunities. Being located between Europe, Asia and the Middle East, commerce is the main economic activity of the city. Several French groups are also installed, such as L’Oreal, Danone or Dassault, among others. Thessalonica and its inhabitants are waiting for you, so choose

Thessaloniki for your internship abroad! If you want to know more about internships in Greece, feel free to contact us !