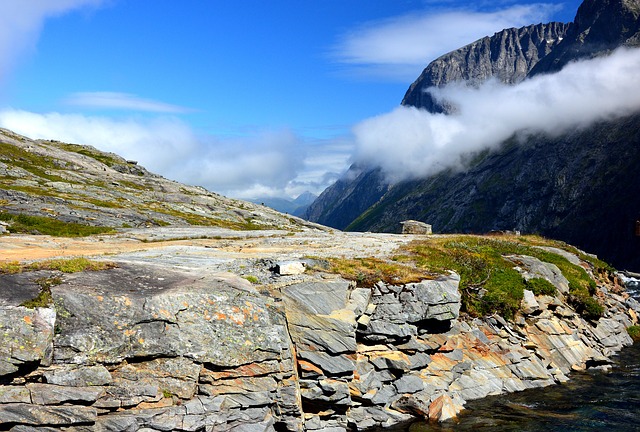 1) Norway is rich, very rich! It is the highest nominal GDP per capita in the world, just after Luxembourg. With 100 00 Dollars per person in 2012!

2) The Norwegians are very courteous at the wheel. It’s not like in France where you risk your life crossing a pedestrian crossing. If you are doing your internship in Norway, you are jogging, and you have to cross a pedestrian crossing: easy. No need to stop, they stop dead!

3) Children in Norway have no first name at birth, parents have a period of 6 months to give them one (how do they do if they need to call it before? Existential question, yes, but logical ). If at the end of this period no name has been found, it is the State that gives them one.

4) If you do your internship in Norway, know that the Norwegians consume a lot of coffee! They are the second largest consumers in the world. One can explain this by a trade agreement between Norway and Brazil: Norway sells him cod, while Brazil sells him coffee. A commercial exchange in a way.

5) When you have eaten well and finished your meal, you have to say “Takk for matten” to the cook (thank you for the meal). It is a sign of politeness almost obligatory! Too polite the Norwegians.

Still 5 anecdotes for your internship in Europe

6) If we exclude Russia, Norway is the European country with the longest coastline: 52 000 km!

7) They have the longest submarine tunnel in the world, the Eiksund. It is 287m deep and 7765m long!

8) The Norwegians did not know tomatoes before 1960. They were not imported, and they knew more or less only the potato fish. It has changed since then, but there are not so many kinds of tomatoes in the supermarket, except tomatoes and cherry tomatoes.

9) Everyone has very light skin and does not tan easily, with blue eyes. It’s well known ! On the other hand, when you come across a Norwegian who is easier to bronze, with brown eyes, chances are that one of his ancestors was a Spanish! In the sixteenth century, during the excursions, Spanish ships often ran aground near the Norwegian villages. The wrecked Spaniards were collected by the Norwegians. It would seem that this embarrassment appears in some families, centuries later!

10) If you want a drink, you’ll have to take off the wallet! Alcohol is only available in state shops and is very expensive. And no beer after 8pm on weekdays, or 6pm on Saturdays! 🙂