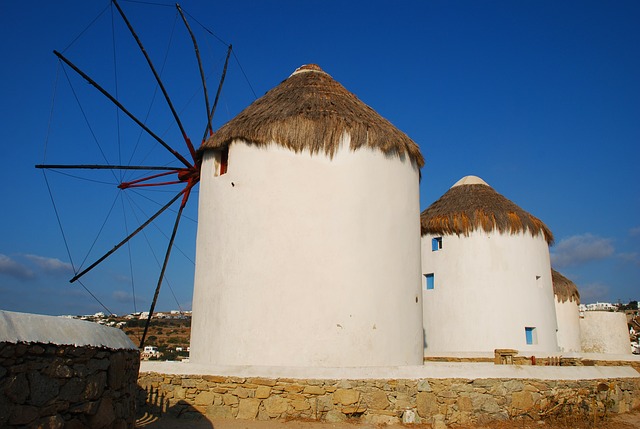 Back for a new top! If you ask yourself the question: where to do my internship in Europe? Well we try to get you a little bit to do your internship in Greece! But no, obviously, free choice. This little top will allow you to have some additional knowledge if you decide to go to this country either during a trip or for an internship in Greece! Good reading 🙂

1) Athens, the Greek capital, is the oldest European city (about 7000 it is inhabited). And it is also the most spoken language in Europe!

2) At the time, there was no toilet paper in abundance that destroyed forests everywhere! So we used stones, or pieces of sanded ceramics. For the better-off classes, there was something that looks like our toilet brushes, but with a sponge at the end. Ingenious! Do not worry about your internship in Greece!

3) The Olympic Games were created in Greece 2700 years ago. Pierre de Coubertin took them later, from 1896. Finally, in any case, it was strongly inspired!

4) The invention of the awakening also returns to Ancient Greece! The mechanism was obviously totally different from those of today, but was however well thought out: hydraulic mechanism, or crashing stones on a drums, ..

5) In Ancient Greece, you could have kept your mono-eyebrow! Big flemma to be waxed all the time. Indeed, for women, the mono-eyebrow was considered very sexy (it goes without saying that today the debate is raging). Those who did not have to, for fear of feeling inferior to other women, replace the space with fur!

6) According to the different criteria (number of inhabitants, area, ..) Greece has between 1200 and 6000 islands. If you ever win the jackpot and you do not know what to do with your money, well, invest in a coconut island!

7) Do you remember Yoyo? The thing you could swing in the air by rolling it on a string (I hope this description suits you). Well, it’s also the Greeks who invented it! We owe them a lot!

8) The word for bread is the same as for a lifebuoy, or the toilet seat. Think about what situation you are in to avoid being thrown away if you are drowning.

9) It was the Greeks who invented theatrical art, but also tragedy and comedy (in addition to having built the first theaters!).

10) And the last one I think hm hm … go on a date! October 28th is the day of the celebration of the engagement of Greece in the second world war. The (small) Greek army defeated Italy in the war which opposed them for 6 months, and ended in April 1941;

End of the top 10 anecdotes about Greece! We hope you’ll get more! And do not forget, you can contact us right here for your internship in Greece 😉