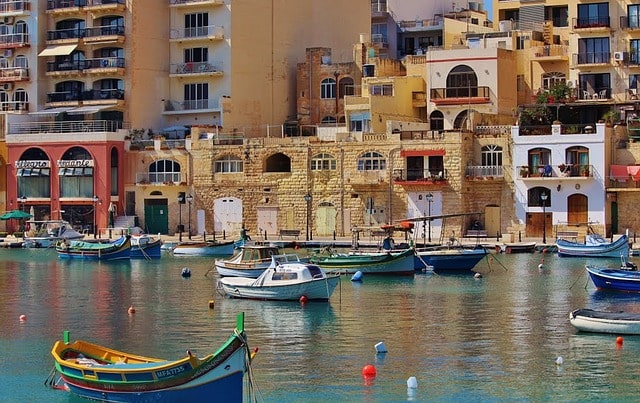 Top 10 anecdotes about Malta: if one day you hate to go to Malta, but you’re not missing the little extra that will make you wobble, ahhhh my friend I hope these fun facts will be decisive! Ready for your internship abroad?

2) A typical Maltese beer to taste: the Cisk!

3) If you find that Maltese architecture reminds you of London or the British Isles, don’t panic: Malta was colonized by the British Kingdom. A few red telephone booths are still present.

4) It’s night very early and day very early compared to France where we have long sunny evenings: at 9pm it’s game over.

5) The number of churches is very important and for good reason: 90% of the Maltese population is Catholic!

6) The abandoned buildings and abandoned constructions that you see everywhere are not repercussions of the crisis, Malta has not been very affected. It’s only building regulations that were passed overnight and destroyed the real estate market, forcing many builders to leave buildings unfinished.

9) Playmobil, let’s hear the stories! One of the 4 factories is located in Malta. The island also has its Playmobil Park for young and a little older people!

10) On Malta, the problem is not very common, but if you go to the island of Gozo right next door, remember to always have cash with you. Shops, grocery stores and restaurants only accept cash. And there are no ATMs around every corner… In Gozo, they are mainly in the capital, Victoria.