Top 10 fun facts about the Netherlands 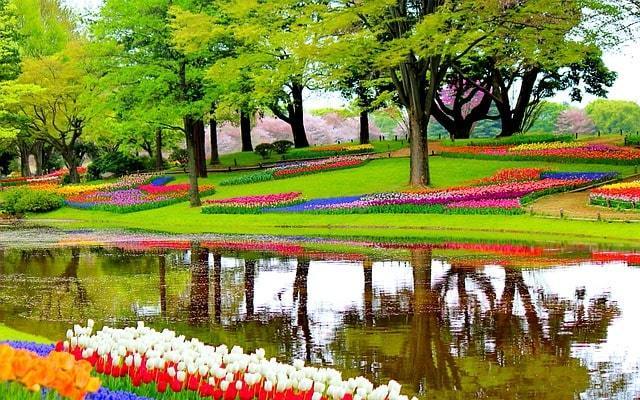 2) The Dutch are true cycling enthusiasts, with its 32,000km of cycle paths, the Netherlands is known as one of the main users of cycling. More than a third of the inhabitants choose the bicycle as their main means of transport.

4) The Dutch have a real craze for flowers, especially tulips. They also have the largest flower garden in the world: the Keukenhof Park, a place very popular with tourists.

5) The Netherlands has one of the largest populations in the world! With a height of 1m84 for a Dutchman and 1m71 for a Dutchwoman.

6) The Netherlands are big producers (and consumers!) of dairy food. Like Gouda, Masdaam…

7) To stay within the theme, the Dutch have the lowest rate of lactose intolerance: only 1% of the population!

8) Gay marriage has been allowed in the Netherlands for 18 years now. They were the first to legalize it and are one of the main defenders of LGBT rights.

9) The audio cassette, the compact disc, the MP3 player, and many others were invented by Philips which is a Dutch company.

10) 86% of Dutch people can speak English as a second language, whereas in France, only 1 French person out of 5 speaks it fluently.

And if you wish to do your internship abroad, don’t hesitate to contact us!

If you want to read more about the Netherlands, it’s there 😉