Top 10 places to visit in Athens 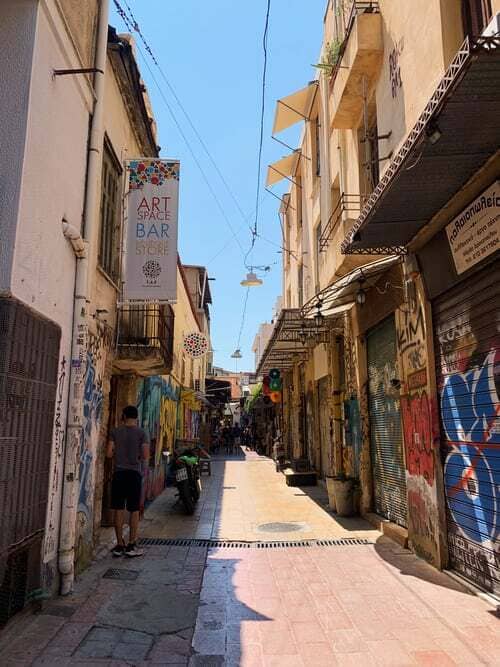 The capital of Greece is a wonderful city to visit during your internship abroad with many interesting places: here is a short list with some suggestions.

The Acropolis is probably the most interesting place in the city and the most famous. This site is the greatest architectural and artistic complex that the Greek civilization has left to the whole world; therefore it must be visited.

The Agora; another gift by the ancient Greeks. It is a large square where commercial and political decisions were made in the time of the philosopher Socrates.

The National Archaeological Museum of Athens is among the 10 most important museums in the world for the vastness and richness of its collections. The museum’s collections are divided into three sections: on the ground floor, the sculpture section and the prehistoric section, where you can trace the beginnings of Greek history, while on the second floor there is the splendid collection of ceramics.

The Monastiraki district is famous for its market, which is very popular with tourists and locals alike and where you can find all kinds of goods, products and souvenirs.

Syntagma Square is the heart of the city, which still vibrates with the great historical events that took place there. The name “Syntagma” can be translated as “Statute Square” or “Constitution Square” and refers to the majestic facade of the Parliament, at the foot of which is the monument guarded by the “Evzones”, guards wearing the characteristic Greek costume.

The Plaka is an area that has been inhabited for about 7,000 years and has not been affected or altered by the excavations. It is because of its unchanged appearance that Plaka is one of the most touristy areas of the city, with its characteristic shops, Byzantine palaces and churches, monuments barely hidden by the narrow streets and numerous shops selling souvenirs and special items.

Besides being rich in history and culture, Athens is also a destination for entertainment and leisure. In Athens, and especially in the Gazi district, you can dance until dawn in trendy discos or have a drink in characteristic bars where you can linger between one discussion and another: the bars stay open at least until 5 am.

Lycabetta Hill. It is a bit far from the centre but worth a visit. Located in the north-eastern part of the city, it is, at 277 metres, the highest point in Athens. It houses the Orthodox Church of Agios Georgios and a few bars.

If you want to enjoy some greenery during your holiday in Athens, you should definitely take a walk in the National Garden and Zappeion Park. Both are actually one huge park, making it the largest public park in Athens.

The Panathinaiko, or Kallimarmaro, stadium was built in the 4th century BC to host the Panathenaic Games, an annual sporting event held in honour of the goddess Athena.

Originally built of wood, it was completely rebuilt in white marble a few centuries later. The stadium has a capacity of over 70,000 spectators and gladiatorial fights were also held there.

Convinced? Contact us to know more about this city!