Top 10 places to visit in Bangkok 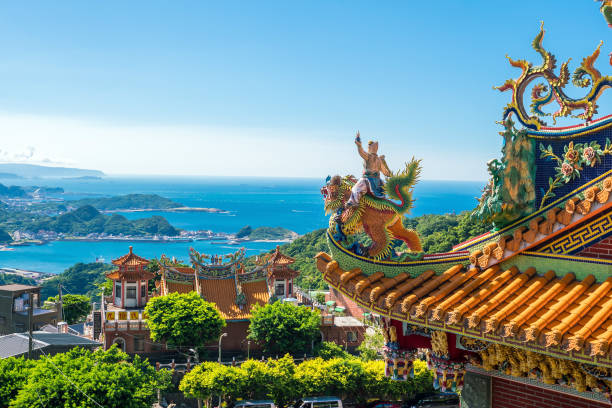 Royal Palace/Wat Phra Kaew: Built in 1782, it is a huge complex with over 100 buildings, including palaces and pavilions. Thailand’s leaders lived here for many years.

Royal Palace/Wat Phra Kaew: Built in 1782, it is a huge complex with over 100 buildings, including palaces and pavilions. Thailand’s leaders lived here for many years.

The highlight of the complex is the Wat Phra Kaew Chapel, which houses a venerable emerald Buddha statue. It is a unique place, both for its religious importance and its architecture: many golden pagodas with orange roofs and statues covered in glittering multi-coloured glass.

Wat Pho: Of all the temples in Bangkok, this is probably the one most worth visiting. Not only because it is the largest and oldest temple in the city, but also and above all for the presence of the extraordinary 46-metre long (15-metre high) Reclining Buddha, with the soles of his feet entirely covered in mother-of-pearl, in which 108 Buddhist scenes are represented.

Khao San Road: this is the ideal street for street food lovers, with thousands of brightly lit signs and strong smells. Hundreds of stalls offer an endless array of particularly cheap Thai food, but there are also dozens of restaurants and clubs with live music. It’s also one of the busiest places in town.

Jim Thompson House: the home of the famous American architect and silk entrepreneur who decided to build a house that blends western style with architectural details in pure Thai style.

Surrounded by the canals of Bangkok, it is a complex of six magnificent teak buildings, built without using a single nail and according to ancient traditions. Inside, you can admire characteristic Asian relics.

Wat Benchamabophit: known as the Marble Temple, is a temple of great beauty and religious significance, classified as a first class royal temple. The prayer hall, the most sacred place, was made of Carrara marble imported from Italy. The same material was used for the four majestic columns, the two lions on either side of the entrance and the cloister floor.

Lumpini Park: Bangkok’s great green lung, a destination for residents and tourists alike, a relaxing oasis for strolling, jogging or simply enjoying its enchanting landscape. It is located in the heart of the city and covers an area of 58 hectares.

Originally an open space owned by King Rama VI, the park was donated to the nation in 1925 to become the city’s first public park.

Bangkok Art & Culture Centre (BACC) : the city’s first modern and contemporary art gallery. Visitors interact with a range of creative media and at different levels. The venue was created to showcase the artistic heart of Bangkok, bringing together modern and traditional artworks from nationally and internationally renowned artists.

Siam Square: This is the commercial heart of the Thai capital, the symbol of Bangkok’s economic development which has exploded since the 1970s. It is home to large shopping malls, modern buildings and luxury boutiques.

Chinatown: one of Bangkok’s most chaotic areas, a dense network of alleys that branch out like a labyrinth, filled with shops, boutiques and stalls where you can find just about anything.

The main street is Sampeng Lane, which is partially covered and entirely pedestrianised, while the side streets are divided by category of goods for sale: gold, spices, fabrics and trinkets.

Rooftop Bars: A popular trend in Bangkok is to spend an evening drinking cocktails in bars on the top floor of skyscrapers. The tallest in Bangkok is the Baiyoke Tower: the 77th floor terrace and a revolving roof terrace on the 84th floor offer panoramic views of the whole city, but there are many other rooftop bars to enjoy the view.