Top 10 places to visit in Bucharest 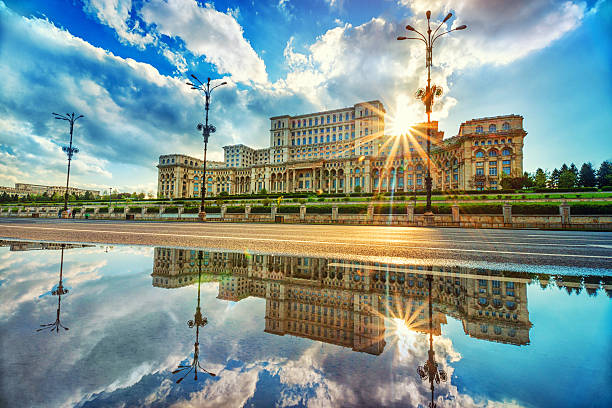 Bucharest, the capital of Romania, has recently become one of the most interesting cities in Europe. Here is a list of places to see during your stay abroad

The Old Town: the heart of the historic centre, where you will find many attractions and excellent public transport links throughout the city. Walking through the streets, you will find yourself among cobbled streets and characteristic buildings of different architectural styles. Its beating heart is Lipscani Street where you will find craftsmen’s workshops. In the evening it becomes the centre of nightlife!

National History Museum: This museum, inaugurated in 1972, is located in the former Post Office building. Characterised by an imposing façade flanked by columns and topped by domes, it has a more important part with an exhibition dedicated to the Trajan column, where you can admire a faithful reproduction with sculpted scenes. In the basement, on the other hand, there is an exhibition of gold objects.

Casa Poporului – Parliament: one of the most imposing structures with more than 350,000 square metres, the Parliament building is one of the largest buildings in the world, second in size and third in volume. Built in the 1980s by 700 architects, it has many rooms filled with chandeliers, carpets and marble, but only 30% of them are occupied. It is still the seat of the Romanian Parliament, housing the Chamber of Deputies and the Senate.

Arc de Triomphe: Blocked in 1922 to commemorate Romania’s participation in the First World War, it is located in the northern part of Bucharest.

Shaped like a parallelepiped, it is 27 metres high and inside the pillars are stairs leading to a terrace with a magnificent view.

Cantacuzino Palace: Grigore Cantacuzino, nicknamed Nabab because of his wealth, had this palace built in 1901, using world-renowned artists, sculptors and interior designers. The result is a luxurious and elegant residence, combining Baroque, Rococo and Art Nouveau elements.

Stavropoleos Church and Monastery: in the centre of Bucharest stands this religious building, one of the most beautiful in the capital, distinguished by its architectural style different from the other buildings

The church has beautiful interior and exterior frescoes with religious and biblical themes.

Romanian Athenaeum: in the centre of Bucharest is this concert hall, a symbol of Romanian musical culture since the 19th century.

All around is a well-kept park, while inside, on the ground floor, the Romanian Athenaeum has a huge hall with 600 seats and 52 loggias.

Spring Palace: Opened to the public in 2016 to showcase the lifestyle of the dictator Ceausescu, also known as the Ceausescu House, is a sumptuous building located in one of the most exclusive streets in Bucharest. During the tours, you can admire luxuriously decorated rooms, sumptuous bathrooms with all comforts, an indoor tropical garden, a cinema room and a huge swimming pool decorated with mosaics.

The Dimitri Gusti Village Museum is one of the largest open-air museums in the Balkans. Covering more than 15 hectares near Lake Herastrau, it includes more than 60 houses built in the mid-19th century with carved doors, farmhouses, windmills, watermills and churches from all the historical regions of Romania.

Spa: In Bucharest you will find a magnificent thermal complex that draws its water from a depth of over 3,100 metres. With 8 pools, slides, a garden with a relaxation area, it has 3 spaces and guarantees comfort and entertainment for visitors of all ages.

So do you say “DA” (yes in Romanian) to go for an internship there? If so click here!