Top 10 places to visit in Istanbul 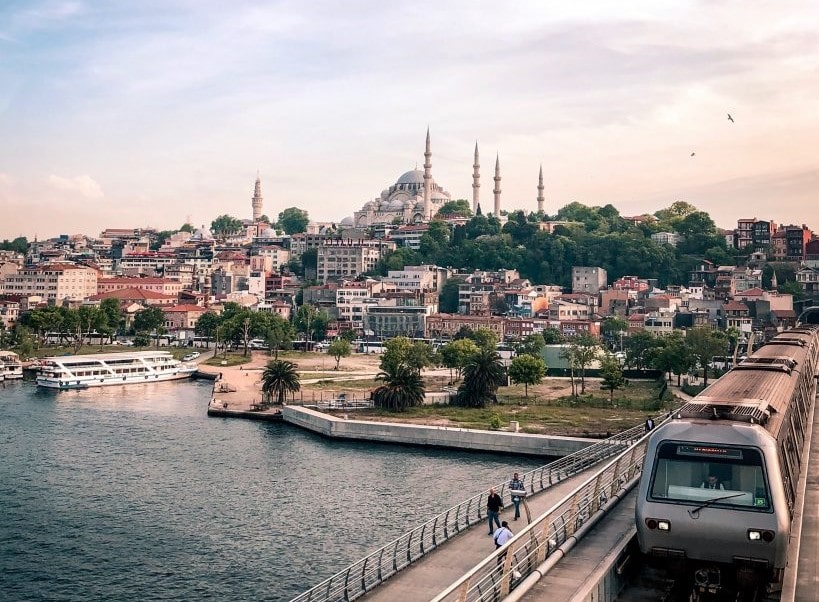 Istanbul: The old town, a mythical place registered on the Unesco heritage list! Here are the top 10 places to visit.

Among the many palaces in Istanbul, you must visit the Topkapi Palace. Residence of the Ottoman sultans until 1853, the construction of the palace began in 1459. As it was strategically placed, it dominates Istanbul and the river that crosses the city, the Bosphorus.

Large open market, classified as one of the largest in the world. The Grand Bazaar consists of 21 gates and more than 3,000 shops, each of which is divided according to type (carpets and mosaics, textiles, utensils, jewellery etc).

Once again located in Istanbul’s historic Sultanahmet district, the Blue Mosque (Sultanahmed Camii) was opened in 1617. This mosque is popular for its blue ceramics which make up the huge interior walls.

Its magnificent marble decoration and gold mosaics have made it the benchmark building in Byzantine architecture. It is located west of the Bosphorus, the two ancient civilizations in Istanbul have left their mark on the Basilica of Saint Sophia. Indeed, it was first a church, and then a mosque after its capture by the Ottomans in 1453.

A symbolic bridge spanning the Golden Horn, it is the oldest bridge from the Justinian era. It is also one of the liveliest places in Istanbul, especially for fishing.

Emperor Justinian I built this tower to store water in case of an attack, the Basilica Cistern is a huge underground gallery. It is 140m long and 70m wide and can store 100,000m3 of water. The walk is very nice as there are footbridges over the water, and you will encounter 2 pillars shaped like the head of Medusa, a mythological character.

The Museum of Archaeology

The first listed museum in Turkey, it is located in the first courtyard of the Topkapi Palace. It was founded in 1869, and you can see archaeology with sarcophagi, oriental art including parts of the Babylonian gate of Istar, and a range of ceramics and jewellery. If you are a fan of archaeology this is the museum for you.

A beautiful building a bit far from Istanbul but with impressive architectural features like its 138 windows and cascading dome. The mosque is actually a complex with 6 colleges, a library, a hammam, a heart restaurant, a hospital, a hospice, a caravanserai and a set of shops. As you can see, this place is huge and you can’t get bored!

A very large pedestrian street about three kilometres long, you will find many shops but also places to visit like art galleries, places to relax like cinemas or libraries, cafés and restaurants.

The Galata Tower, also known as the “Christ Tower”, is the tallest building in Istanbul. Of legendary medieval origin, it is said to have been built in 1348 on the basis of a lighthouse. Climbing up the nine floors of the tower you will have a breathtaking view of Istanbul.