Top 10 places to visit in Rabat 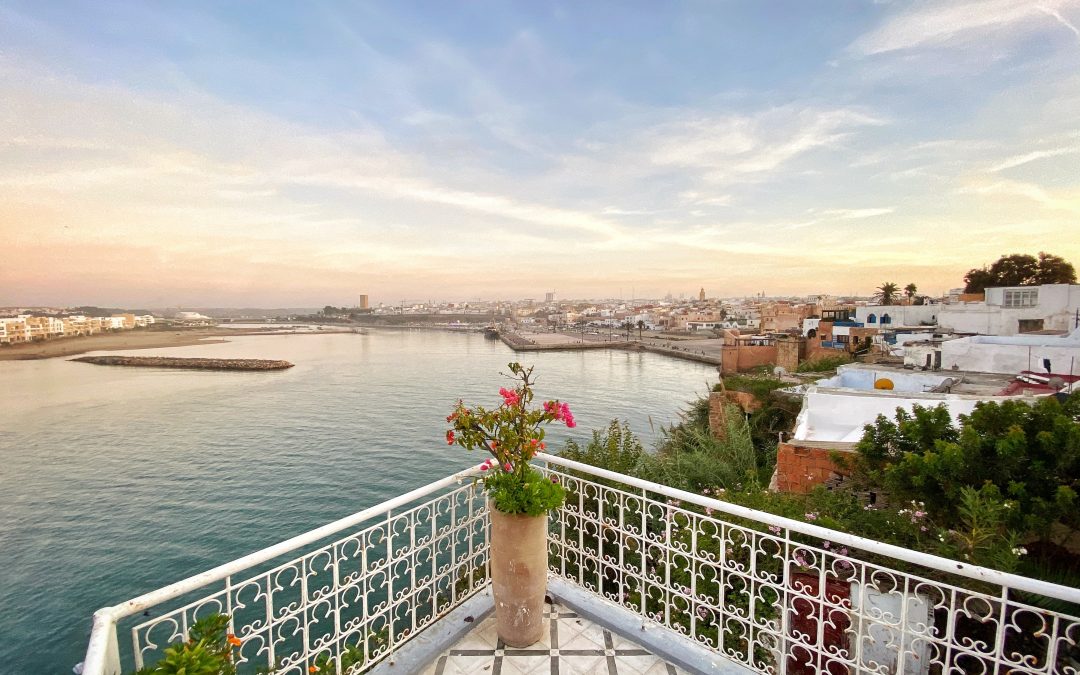 Capital of Morocco and royal fort from the Berber period. Discover in this article the 10 places to visit in Rabat.

The Kasbah of Rabat is a city within a city. If you only have to visit Rabat for one day, this is the place to go. This ancient fortress was the final retreat of Sultan Mohammed Ben Abdellah, leaving the revolts in Fez and Marrakech. Its defensive quality quickly earned it the nickname “the impregnable”. Concerning the visual aspect, the enclosure of Oudayas carries the Andalusian trace with the omnipresent blue colour, the paving stones as ground, and the thick doors like walls. With a view of the Salé or the Bouregreg, you can savour the silence and tranquillity with a cup of tea in hand.

Emblem of the city, the goal of its construction in the 12th century was to build the second largest Mosque in the world. But the death of the Sultan put an end to the project, the minaret lacks 20m to reach its initial goal of 60m. Despite the 1755 earthquake that hit Rabat, the Hassan Tower has been restored in the traditional Moroccan style. Just opposite the Hassan Tower you can visit the Mohammed V Mausoleum, which is described further down.

The Chellah is a Unesco listed necropolis full of mystery. An ancient Roman city, you can stroll along the flowering path to the central courtyard of the madrassa filled with Roman remains. The site, which is even more colourful in spring, is surrounded by a fortress which you pass through an orthogonal gate. In the fortress you will visit an ablutions room, a zaouia and a minaret. It is THE romantic corner of Morocco, organised with flowers, the guides nickname it “the most romantic of Morocco”.

The Hassan Tower was mentioned earlier, and it so happens that the Mohammed V Mausoleum stands opposite it. This monument is recent since it was built in memory of Mohammed V, beloved by the people and a figure of freedom in Morocco. The Mausoleum also contains the tomb of his successor, the late Hassan II, and his son, Prince Moulay Abdallah. The infrastructure is a majestic white marble pavilion crowned with tiles, which testifies to the strength of Moroccan construction.

Would you like to visit and experience a traditional medina? Then the medina of Rabat is the one to visit. Ramparts and walls on all sides, especially those of the Kasbah des Oudayas, protect the site. You will find there craftsmen of jewels, carpets, lantern, leather and many others! You understood it, if you want to bring back a souvenir to your family or an object of decoration it is the place that you need.

The Royal Palace is the official residence of the Moroccan Royal family. But it is also the seat of government. The palace is not open to the public but you can contemplate its architecture. You will find it in the centre of town, surrounded by a wall, with green tiles crowning the traditional buildings. And it also has gardens and courtyards.

Rabat is a pleasant city to relax on the beach, it is located along the Atlantic Ocean and is ideally placed to cool off. That’s why Skhirat beach is included in this list. There are 16km between this beach and Rabat, but you can get there by bus or train as it has a station named after it.

The zoological garden of Rabat :

Rabat Zoo is a reproduction of Moroccan and African fauna. Today it holds the largest number of Atlas lions, the country’s endemic animal. The walk takes place in an open area where each animal has its own natural space, intensifying the visitor experience. You will see more than 1,350 animals of 130 different species and several ecosystems. The place is very rewarding and you can get there by bus, so take advantage of it.

St. Peter’s Cathedral is remarkable for its architecture and its circular square. The architect Adrien Laforgue began its construction in 1921, and the two large spires that can be seen from afar were only added in 1930. It is the only Catholic building in Morocco, and mass is held there every day. Next to the Cathedral is the Pietri Square, now called Moulay Hassan, the ideal place to buy a beautiful bouquet of flowers.

Finally, do you like peace and quiet and a change of scenery? If you are going to Rabat for an internship, you should visit these gardens with their varied flora. Take a walk through the educational circuit among the exotic plants and animals, in a disconcerting setting of waterfalls, fountains and wooden bridges. You can even eat there, while respecting the place of course. So it’s the perfect place to get back in touch with nature while remaining 20km from Rabat.