Top 10 places to visit in Valletta 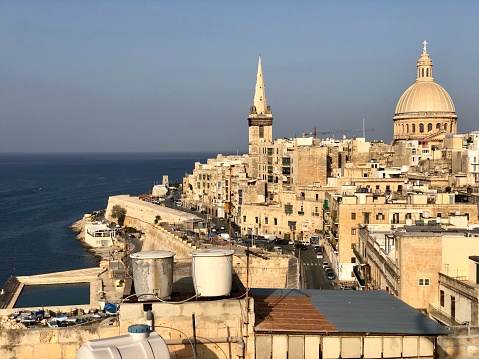 Valletta is the capital of Malta and, despite its small size, it has many beauties to discover during your stay abroad. Here is a list of places of interest to visit.

The Maltese capital offers some 320 monuments in less than half a square kilometre. The historic centre, a Unesco World Heritage Site, is located within the 16th century city walls. It is an intricate network of narrow streets with old buildings with characteristic colourful wooden balconies.

One of the largest cathedrals in the world and one of the best examples of Baroque architecture in Europe. Embellished with works by Preti and Caravaggio, it is a World Heritage Site. The building was completed in 1577 and the oratory and sacristy were added later. In 1600 it was decided to embellish the interior of the church as well.

Today it is the seat of the Maltese Parliament. The office of the President of the Republic is also located here. It is one of the first palaces built in Valletta and dates back to 1571. A visit to the building is an experience not to be missed. The rooms contain works of art, frescoes and carved armour. This palace is located in the centre of Valletta and offers many architectural beauties.

Located on a bastion, these are the most beautiful gardens on the whole island of Malta. In addition to statues and monuments, you will also find a setting filled with trees, plants and flowers. Beneath the gardens is a battery representing a platform from which cannon shots were fired during ceremonies. The tradition is still in force today; the shots are fired twice a day: at noon and at four in the afternoon.

Located at the far end of the capital. It played a very important defensive role for Malta, especially during the great Ottoman siege of Malta in 1565. It now houses the War Museum, which offers a very interesting tour of the island’s history, from prehistory to the present day. The building is divided into seven main areas.

One of the oldest theatres in Europe. Built in 1731, it is Malta’s national theatre and one of the capital’s hidden gems.

Fortunately, the theatre is also open for tours, but if you can, we recommend attending a play or concert – it’s a unique experience. During your visit, you can admire the beautiful baroque hall, topped by a large golden chandelier.

Built in 1571 by order of Grand Master Pietro del Monte, this is the former residence of the Grand Master of the Order of Malta. Today the palace is the seat of the office of the President of Malta, but it is still open to the public for visits. Upon entering, you will immediately find yourself in the beautiful courtyards of the complex, adorned with fountains and statues.

The National Museum of Fine Arts:

The museum houses a magnificent collection of artworks, ranging from sculptures and paintings to furniture and objects that belonged to the knights of the Order of Malta.

The three towns of Birgu, Bormla and Senglea:

Were the fortified towns of the island and the scene of many battles. They are located opposite the capital, well sheltered by a gulf.

In each of them there are places of interest such as the Inquisitor’s Palace in Birgu, a basilica in Senglea or the Church of the Immaculate Conception in Bormla

The only building in Valletta that is still inhabited. Since the 16th century, 9 generations of the Marquis de Piro have lived here.

The owner has opened part of his house to the public to share and disseminate the history and culture of an aristocratic Maltese family. You can visit a dozen rooms of the palace and discover the private collections of the marquis and the objects of daily life from past centuries.