Top 5 cheapest countries where to do your internship abroad? 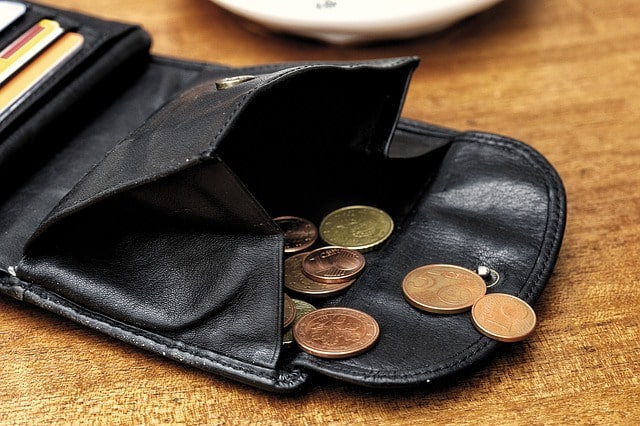 Our Top 5 Cheapest Countries to Internship Abroad? Good evening, you broke little student looking for a cheap internship abroad. You want to keep boozing with your foreign buddies across the border? You got that right. And for that, there’s nothing like a country where the cost of living is 50,000 times cheaper than France. (an internship in Spain, an internship in Portugal …). Because, let’s face it, France is expensive, very expensive. The eternal comparison: 10 years ago, a packet of tobacco cost 5.30 euros. And you coco surely the price today aaaah damn. So I invite you to read the poem that will follow 😉

Internship in Thailand, eating for 2 euros a day
In the last 10 years, the cost of living has almost doubled, but this is also due to the doubling of the minimum wage! Well it’s still very affordable, for a house in the center of Bangkok, you get between 250 and 350 euros per month, charges included. Thai people eat in the street, they don’t cook! Or very little. You can eat fruits already cut in the street, fried rice (one of the most eaten dishes there), exotic fruits that you wonder if they were not created in Alien vs Predator, meat skewers for 20 cents! So get ready to eat something totally different. Bangkok is starting to attract a lot of startups, the country is developing a lot like its Asian neighbors. Internships in digital marketing, in communication, in BizDev, are quite feasible.

Internship in South Africa, the “rainbow nation”.
It is one of the strongest economies in Africa. It is focused on the export and production of minerals, agricultural, industrial and chemical production, and tourism, which is expanding rapidly. Whether in Cape Town, Durban, Johannesburg, Pretoria or Port Elizabeth, the cost of living is up to 40% cheaper than in France. Having been there, I can only agree! They speak English very well, so you will be able to practise it without any worries. However, you will need to plan your internship visa in advance and accommodation! Because in high season, from December to February, everyone goes to the coast and especially to Cape Town, which is a holiday destination for South Africans. Moreover, you will find a lot of potos to have a good time. And there is no lack of activities: national parks, parachute jumping, road trips in neighbouring countries, garden route, etc…

Internship in Portugal, for an internship in tourism
Portugal, the economic destination par excellence. It’s even cheaper than Spain! Portugal is recovering from the economic crisis but remains totally affordable. A total monthly budget of around €750 should be planned, including accommodation, transport, food and outings. The cities of Porto, Faro and Lisbon are very touristy in high season and an internship in tourism is then ideal! If you are studying in tourism, in the hotel business, and even oenology, I recommend this destination. And if you want to go back to France, there are daily bus or plane connections. On the other hand, it is advisable to speak a minimum of Portuguese, otherwise you will end up with a steak tartare on your plate instead of a fruit salad.

Internship in Spain, the preferred destination
One of the best destinations for your internship abroad! In Spain, you can count on rents that will soothe your mind! On average between 200 and 400 €, including charges, even in the capital (which is one of the cheapest in Europe). For one thing, you’ll be in the heat for most of the year! Because yeah, while we freeze our balls under the drizzle, they’re sunbathing in a marcel on the quince terrace. And then you’ve got lots of opportunities for internships! And when you’ll get out of the taff usually around 5pm, head to the aperetivos (typical Italian by the way) to drink a drink and eat tapas at will! So an internship in Spain is worth it. And Madrid has been ranked (by Uniplaces) as the best city for Erasmus students to study in.

Internship in Mexico, full of opportunities!
There are plenty of 5-star hotels, bed and breakfasts and tourist offices everywhere. A whole bunch of companies are developing and its proximity to the USA actively participates in its development. So good destination for your internship abroad. Mexico is in the top 15 of the world’s biggest powers! Already you will be able to practice your second language that you cherish so much (Spanish, I prefer to specify in case you deign to take German in LV2 …). It is also one of the 15 most visited countries in the world with its thousands of endemic species and 32 UNESCO World Heritage sites! A quality internship in Mexico is a 100% chance to improve your CV! In your eyes and especially in the eyes of the recruiters. On average, the cost of living there is 1.5 less expensive than in France!

Our Top 5 Cheapest Countries to Internship Abroad? That’s it, and it’s the first of a list of Top 5 that will give you an idea of where to go for an internship abroad! Don’t hesitate to comment just below your feedback. Or you can contact us!

If you want to know more about our tips, it’s there 😉