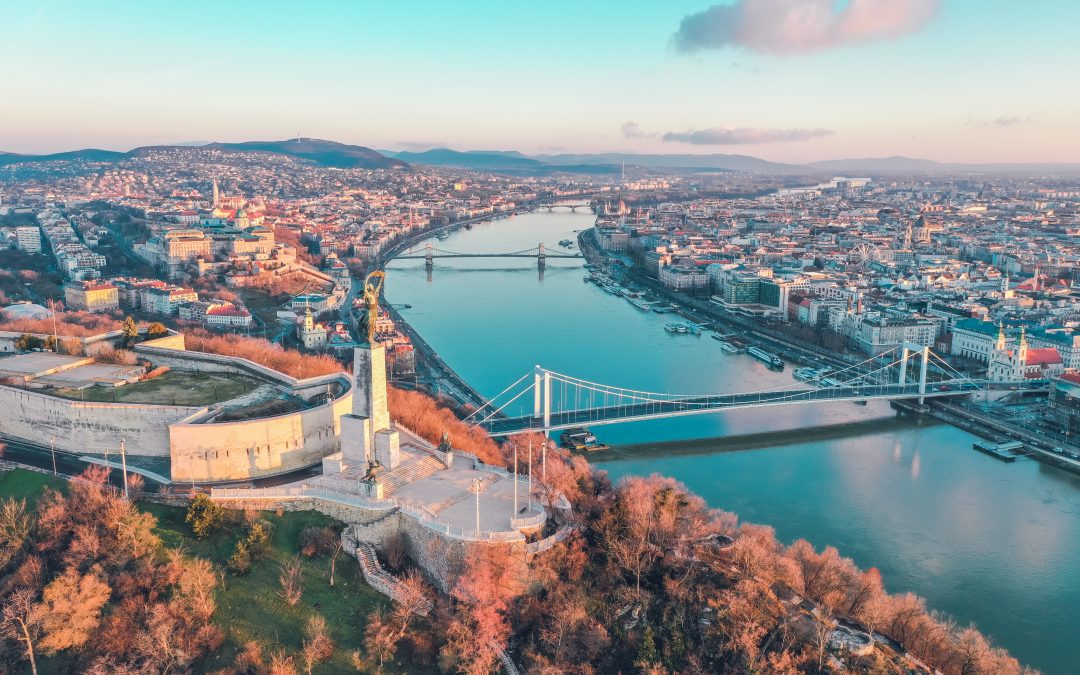 Feedback from Budapest: this time it’s Theo’s turn – also commonly called Néné or C as Chorizo – (cuckoo clock Réré), to give his feedback from Budapest. And what an experience! 5 days during COVID that I will hardly forget. I made a Theo as they say in the business :)

Feedback from Budapest: the organisation

To put this in context, I was in Erasmus in Northern Macedonia. In Stip, to be precise. I thought I had seen the deep countryside in Burgundy or Corrèze (sorry, the locals), and I was wrong. Stip is a small town (40 000 inhabitants all the same) but considered as a village. It’s like 2 generations back in time with scooteurs or motorcycles from another time and an architecture/maintenance of the roads that leaves something to be desired. As for his university, making an appointment with his professors took me as much time as walking across the USA. Nevertheless, there are a lot of things to do: hiking (mountains galore), casinos if you have a lot of money to lose when you are a student, walking around a dry river, or taking the dilapidated taxis driven by kind people.

Well, COVID-19 had just started, it was early March, we said to each other (and I strongly insisted): let’s go! There’s not going to be anyone, and especially no French (yes, we’re not very fond of French people who make kekoss as soon as they’re abroad, who allow themselves to speak loudly and insult passers-by, who think they’re supreme beings etc.). So we leave after booking round-trip tickets from Skopje to Budapest for 30 bucks with WizzAiz, a company that has helped me out several times. Already, on the plane, more than half of the passengers are missing (take a hint) and the airport is almost deserted. Several flights are cancelled, but not ours: very well. We had noted the few places to visit but what we like when we go to a new city is improvisation.

Return of experience in Budapest: the visit of the city

We arrive in the late afternoon and take the bus from the airport to the city centre. No worries about getting there, everything is very clear and indicated, we manage to get to our hostel without any problems. We are very well welcomed then we drop the bags and go on a blind excursion walking through the streets at random with a beer or cider in our hands, a slice of pizza snacked off and some sunflower seeds bought at the local supermarket. In fact, supermarkets are open late at night. After a few hours of wandering and a dozen kilometers of markets, we take the road to the inn and go straight to sleep. The following days were good walking days too (one 15aine per day, we remain simple Sunday walkers no comments please). We visited (inside) the famous Saint-Etienne basilica which overlooks the city (the entrance is cheap and it’s worth the detour), the synagogue (outside) because its entrance fee is still about fifteen euros, we walked along the Danube and on the fishermen’s bastion in the evening, with a view on the illuminated parliament. As a bonus, we had a small aperitif (still at the bar) with (still) beer and cider and some aperitif cakes. And it was very much appreciated. We crossed the few remarkable bridges: the Elisabeth Bridge, the Chain Bridge, the Freedom Bridge and the Margaret Bridge. If you go there, you have to taste the homemade chocolates, and I have a place to recommend: the Rengeteg RomKafé. Dozens of choices of hot chocolate, with spices and cut-up fruit. Just excellent, we even had two each. We also took the funicular for a few euros to get to Budavar’s palace, also beautiful.

All in all, the town centre is resplendent, we loved the architecture and its huge buildings. The city is very well preserved. The youth hostel was niquel and the people super welcoming. And visiting the streets of Budapest on a cool morning is priceless. We want to go back, of course, because 5 days is too short. And there are a lot of things to do in the outskirts or even in the centre that we wanted to do, but we thought that taking the time: it’s much better! Chill, in short.

Feedback from Budapest: the return (or not) to Skopje

The moment of the return and the long-awaited information from the airlines about COVID-19 has come and there, no bowls – or the usual unconsciousness on my part: countries are starting to close their borders to contaminated countries. And, as we all know, France was among the first (“no chance that the virus will cross the borders and reach France” hmmm yes). So the French were among the first to be banned from circulating within and outside Europe. We start to worry a little, then we said quietou, our return is in a few hours they won’t tighten the measures too much by then. Because it was only in a state of guesswork. We are surprised to pass the controls so easily, the detection and the doors of the plane without any control: too well, we just have to land in Skopje.

Unfortunately, life does not follow its long, quiet river. The captain of the plane asks all Macedonian and Balkan nationals to take out their passports in order to get out of the plane, and for the rest, you wait! So I find myself with another pelo (out of 80 passengers anyway) waiting for the others to get out. The other passenger to manage his trick passes by showing a diplomatic passport in a quiet place, while I, a small Erasmus student (and without visas -so in illegal situation in the country), I get flunked by the customs. And then an argument ensues with the policeman telling them that I didn’t understand the measures because I hadn’t been in France for 2 months! I was in Northern Macedonia, or at the very least in Budapest, only recording a few cases at that time. But speaking in his ear and seeing my words coming out the other one, it was a lost cause. The captain of the plane flew to my rescue (the class anyway), the crew too but nothing helped: it was a return to Budapest Illico Presto for Néné. Back in the same plane, I am served a free meal because the staff had pity on my poor soul, and I even have a police escort when I arrive in Budapest, which will help me to pass the controls quickly.

Not being able to go back to Macedonia, I will return to France 2 days later before the situation becomes chaotic and the planes remain grounded for several weeks. I took the opportunity to take one more day to chill and visit Budapest, of course.

Erasmus finito (and I’m not going to complain about it, I wasn’t in Barcelona), and compensating for the Erasmus with an internship in Nantes, in our good and dear company International Horizons.

It’s a big step but it was worth it. On that note, if you want to do your internship in Hungary, don’t hesitate: contact us! And don’t fly during COVID-19.