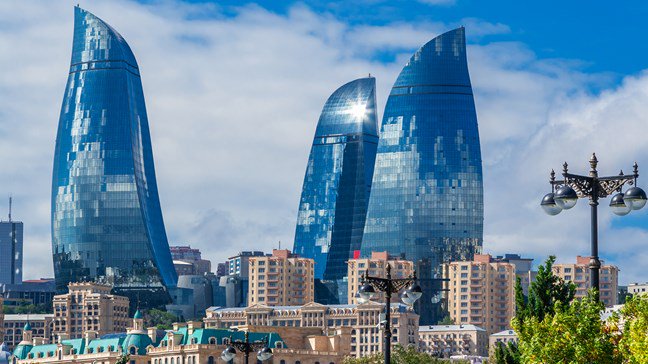 How is Aerbaijan ? How nice could be Baku for your internship abroad ? It’s awsome ! You want more ? Let’s go !

The capital city is wonderful. So, yes, it’s in Asia. But you can feel the influences of Europe : Europe is really implemented in Azerbaijan, and mostly in Baku ! Streets are big, sidewalks also, it’s clean, showcase are sublime, transport are news. You are very far from the antiquated image, it’s really awsome. As many countries from Western Asia, the country is predominantly muslim.

But it sound like to be in Europe : many alcool in the bar and supermarkets, the city is really trees and remember the avenue of Paris, or even its of Riga.

The old city of Baku

The old city is really calm. And very calm ; it’s not a old city as you can find in Europe : Warsaw, Praha or Madrid. Here, all is really clean ; you even ask is there is inhabitants ! You can travels towards the city, and appreciate the old city !

there is a few commerce, or not oriented for toursits : there is no translation in english in most of them ; it can be a bit confusing at the beginning. But, pleasant : what could be nicest for an internship abroad than to be lost. Cause today, european capital, are really .. european, you can find all the same brands everywhere.

So, ready for your internship in Azerbaijan ? Best way to go out of Europe, but stay close !