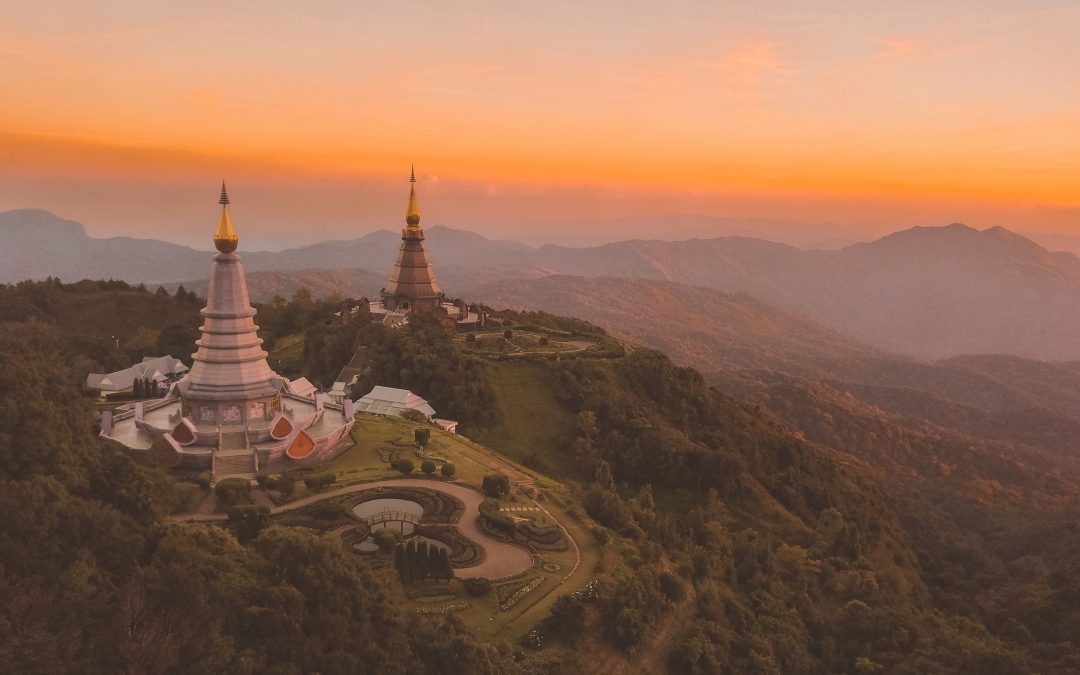 Top 10 anecdotes about Thailand
1) Did you know that Thailand has more than 1400 islands? It seems huge to us but it’s true! The most famous such as Ko Phi Phi, Ko Ta or Ko Samui and many others are beautiful paradisiacal and touristic islands.

3) Elephants are considered the iconic animal of Thailand. Unfortunately, our beloved elephants have long been victims of exploitation and poaching. But associations such as the Elephant Nature Park and the Phuket Elephant Sanctuary are working for their protection.

4) Tourist areas have a lot of street food stalls. It’s 4pm and you feel like a good Pad Thai? No problem! Thai people eat when they are hungry, at any time of the day. This richly flavoured cuisine that takes its influence from many corners of Asia makes it a unique and delicious culinary style.

5) The language of the country, Thai, formerly called Siamese, has a special connotation. Once you have listened to a Thai speaker, you could recognize Thai without even knowing how to speak the language. Moreover, its alphabet consists of 37 vowels and 44 consonants.

6) We all know the capital of Thailand as Bangkok. For Thai people, it’s different. Its name is actually Krung Thep, which is a shortcut of “Krung Thep Mahanakhon Amon Rattanakosin Mahinthara Ayuthaya Mahadilok Phop Noppharat Ratchathani Burirom Udomratchaniwet Mahasathan Amon Piman Awatan Sathit Sakkathattiya Witsanukam Prasit”. The capital holds the record for the city with the longest name in the Guinness Book.

7) Buddhism is the most practiced religion in the country. More than 90% of the population is Buddhist.

8) Be careful not to criticize the king! This could have serious repercussions as it is forbidden by law. The king is highly respected by the Thai people.

9) I assume you know the Red Bull. Did you know that the Red Bull was created in Thailand? To be precise, it was the Austrian Dietrich Mateschitz who took over a Thai drink (Krating Daeng) and rearranged the recipe to satisfy Western tastes.

If you want to do your internship abroad, do not hesitate to contact us.

If you want to read more about Thailand, it’s there 😉